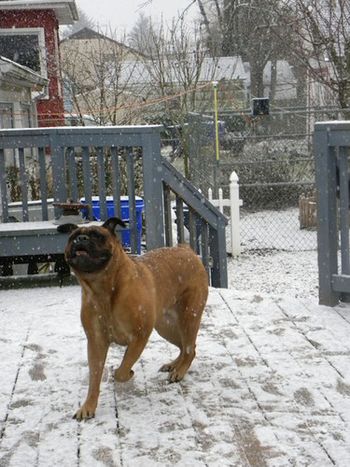 Bonnie loved the snow and would dance as the flakes came down always trying to catch some. 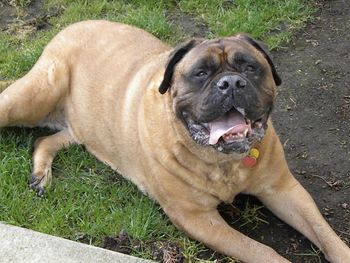 Always with a smile for us. We love you and miss you Bonnie 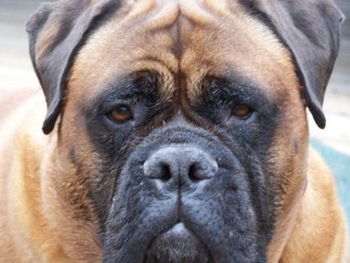 Bonnie Our Matriarch. She took her job very seriously. 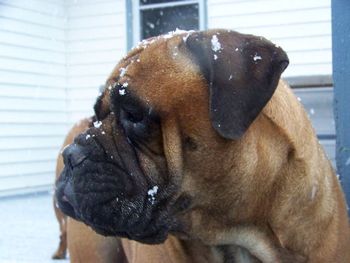 Ruby in the snow fall 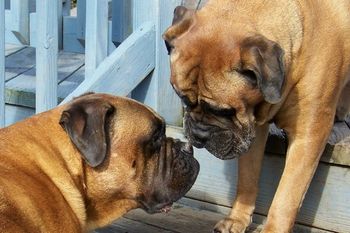 Bonnie and Ruby greeting on the steps 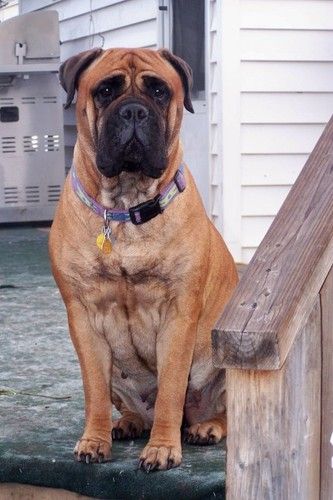 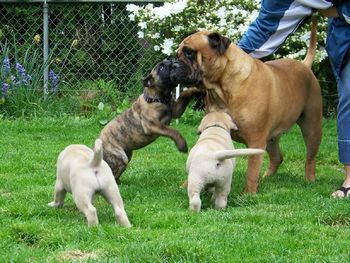 Grandma Ruby with Daisy and two of Blush's babies 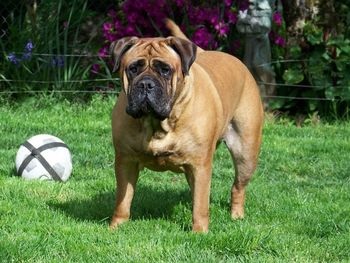 Our Beautiful Ruby. Bonnie is with you now. We miss you both terribly. 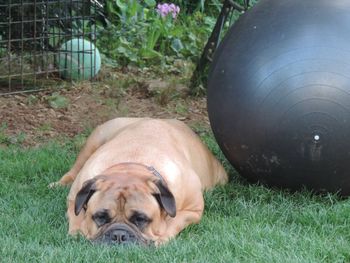 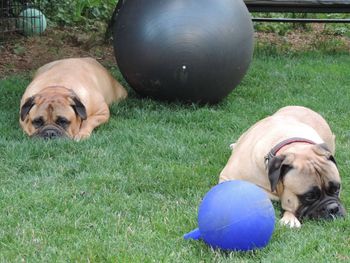 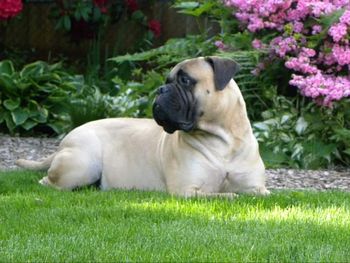 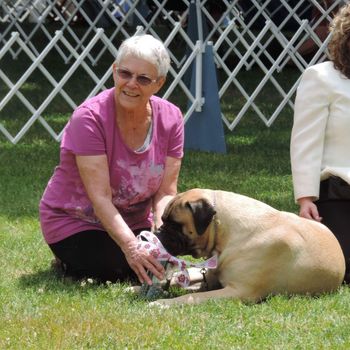 Me and my girl Harmony

Share photo gallery
The Matriarch of our girls is Ch Bountifuls Custom Made. AKA Bonnie was born August 31, 2000 and came to us in October 2000 to be our first show puppy. She finished her Championship easily with 3 major wins between the age of 18 months and 2 years. Bonnie has never had a litter but has tutored several puppies with love and success.

Ruby, Ch Barb'Eric's Mystik'l, Jewel, born December 29, 2001, came to our family in March 2002. At 6 months of age she was named Best Puppy in Sweeps at our July 2002 NW ABA Regional Specialty. On she went to earn her Championship, with her third major in March of 2005 at a PNBF Bullmastiff Specialty in Seattle Wa.

Ruby went to the Rainbow Bridge on the 15th of July 2009, at the age of 7 and 1/2 years. We miss her terribly. I believe she is our Angel, forever watching over us.

Bonnie went to the Rainbow Bridge on April 18, 2010, at the age of 9 1/2 years   Bonnie has joined Ruby to be our forever watchful Angels. We will remember them always with great love and appreciation for all they have taught us in our journey into the world of Bull Mastiffs and showing.

Cooper went to the Rainbow bridge on September 14, 2011 at the age of 6 years, 2months Too young. But he is now at peace and running freely with all those who traveled to rode before him We love you Cooper, that is why we let you go way too soon but when you needed.