Amelia came to us from Helene Nietsch, Banstock Bullmastiffs, in Connecticut in March of 2013. I do not like flying but did just that to go get this lovely girl. I never regretted it.

Amelia, CH Banstock N Highpoint's Mystik'l Top Flight born 01/24/2013. She is Finished Champion.
Amelia gave us a litter of six puppies on December 1 2016, Five girls and one boy. We kept the yellow girl and named her Mystik'l N Icons Haven't Gotta Clue, Which she quickly showed us she did have. ))) More about Gilly later. She is the yellow girl.

Amelia/Louie gave us a litter of 2 on February 20, 2019  We named the for presidents day  deciding on the Carters and Roosevelts, There by they became Carter and Rosie.

Carter went to a friend and Rosie stay with me.

Amelia passed in late fall 2020 from a bacterial illness caused by a parasite mostly unknown to us. I miss her deeply. 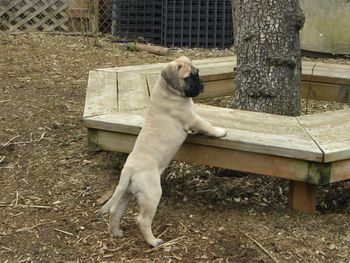 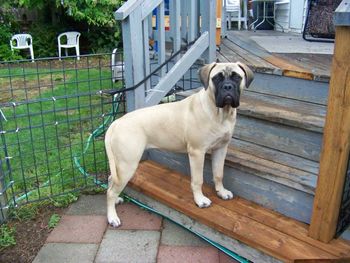 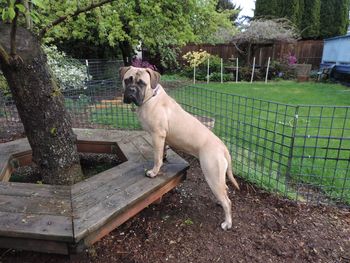 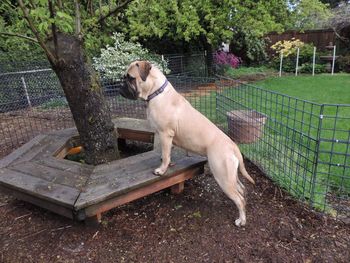 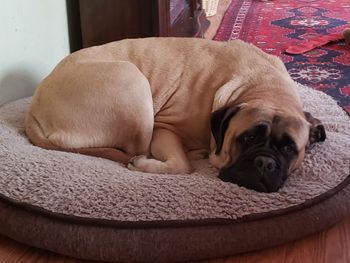 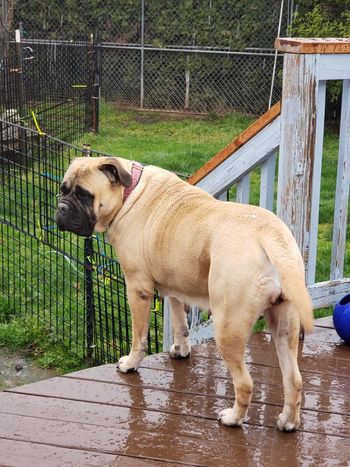